Enroll in the SURGE Strength Academy for FREE

Enroll in the SURGE Strength Academy for FREE

How can we help you?

Everyone likes going fast. There’s nothing like that feeling of surging through the water. And because going fast is so much fun, being injured and unable to swim is devastating for any swimmer. This is why becoming a better athlete should be the goal for all swimmers. But how does becoming more athletic improve a swimmer’s speed or help them prevent injuries? That’s what we’ll be covering in this post.

First, the number one priority in all SURGE Strength Programs and Dryland Education – is to prevent injuries! If a swimmer is continually healthy and able to swim they’re going to be happier, and more successful, no matter their specific goal.

And if you’re doing a dryland program it’s because you want to:
1) Keep swimming with no injuries
2) Swim faster
3) Combination of #1 & #2

The key to any of these reasons is athleticism. And we can train and even improve athleticism through proper dryland training and we’ll explain why becoming more athletic will help you with your goals.

Let’s look at some qualities that make up “athleticism.” This is not an exhaustive list by any means but it’s a start. So how do any of these qualities relate to swimming and the goals of a swimmer and swim coach?

As a swim coach for a long time, I would get frustrated when swimmers wouldn’t make a change or wouldn’t do what I was asking them, especially when it came to changing their stroke technique. But now looking back on it, especially through the lens of athleticism, I can see that a lot of times I was frustrated as a coach because the swimmer wasn’t making the change, but it wasn’t completely their choice. The swimmer wasn’t able to make the change because their athleticism was lacking and thus preventing them from making the change I was asking as their coach.

No wonder we were both frustrated!

Here are some specific instances in swimming in which more or less athleticism by the athlete will be very apparent. If a swimmer doesn’t have the required mobility they won’t be able to get into the position you’re probably asking them to change to for certain phases of any of the strokes.

So, as a swim coach, you could show them videos all day long, you could talk to them about why making that change will help them. But if you’re not addressing improving mobility specifically in your dryland program, you’re not really doing your job as a coach in helping them make that needed change. And because of that they probably not change, because they simply can’t! This comes back to foundational athleticism and why it’s critical to have this perspective when designing your dryland program.

Power is part of Athleticism

Power is another element of athleticism.

This is especially true in the breaststroke by being able to get the arms over the surface and through quickly. Well, if they don’t have any fast-twitch exercises in a dryland program or they’re never experiencing an exercise that wakes up those fibers, how in the world are they going to do it in an aquatic environment?

Power needs to be introduced on land and that’s not to say you need to exactly mimic the breaststroke, but having a balanced program that goes through different phases so they will be exposed to power is critical for the swimmer to then be able to express it in the water.

You think about butterfly and how it’s such a rhythm and timing-dependent stroke and as soon as you lose that there’s no way you’re going to win an overpowered. Rhythm and even coordination can be taught on land a lot better. Think about if you can increase a swimmer’s ability to have rhythm, just a little bit, how much better they could be!

Being able to do this on land in a more controlled environment is much more effective because you can break down the exercise even more. Especially when we’re talking about something like rhythm and coordination, you need to start really small and basic sometimes to allow your lower-level athletes to feel like they’re getting better. But as they increase that, their rhythm, their coordination, then when they go in the pool, they’re probably going to be able to make stroke changes a lot faster and quicker. And it’s going to make you look better as a coach as well!

Reactivity is also part of being Athletic

The last element of athleticism I want to point out is reactivity. This is usually seen in the starts or the turns when athletes are actually pushing off of something solid.

A lot of times distance swimmers are going to be the last ones in the water from a start consistently. (I would know being a former distance swimmer!) But if they’re a strong swimmer they’ll “make-up” for it in the middle of the pool.

Well, think about if you gave your distance swimmers that head start? So that they can actually be ahead as they explode off the block and then when they breakout from their start.

As a coach, you can give your swimmers, sprint, or distance, a massive advantage if you can turn their starts and turns into a weapon because of how explosive they are.

This all comes back to athleticism and I challenge you to think through it that way. So the next time you’re asking a swimmer to change their stroke, or frustrated that they are slow off the blocks, take a look at your dryland program and see if you’re really helping them improve athleticism where they need it.

Hopefully, you’re building athletes through your dryland program. Create athletes first, and that’s how you’re going to help your swimmers be better.

We hope to see you in the SURGE Strength Academy soon! 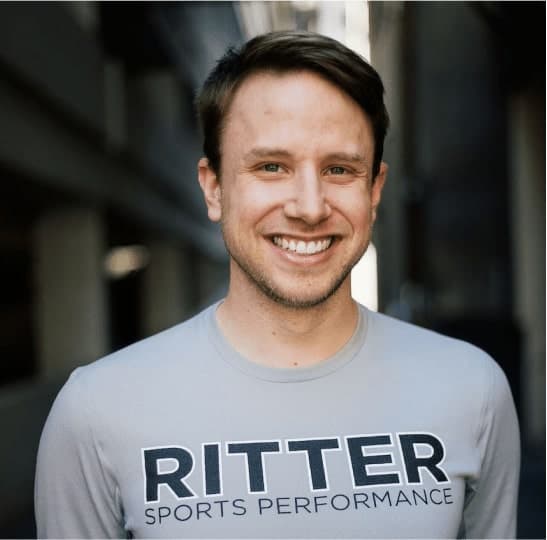 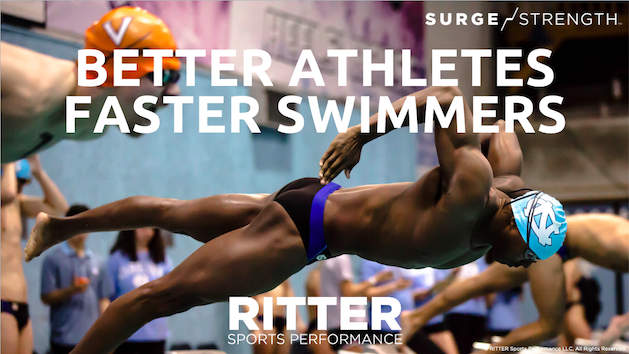